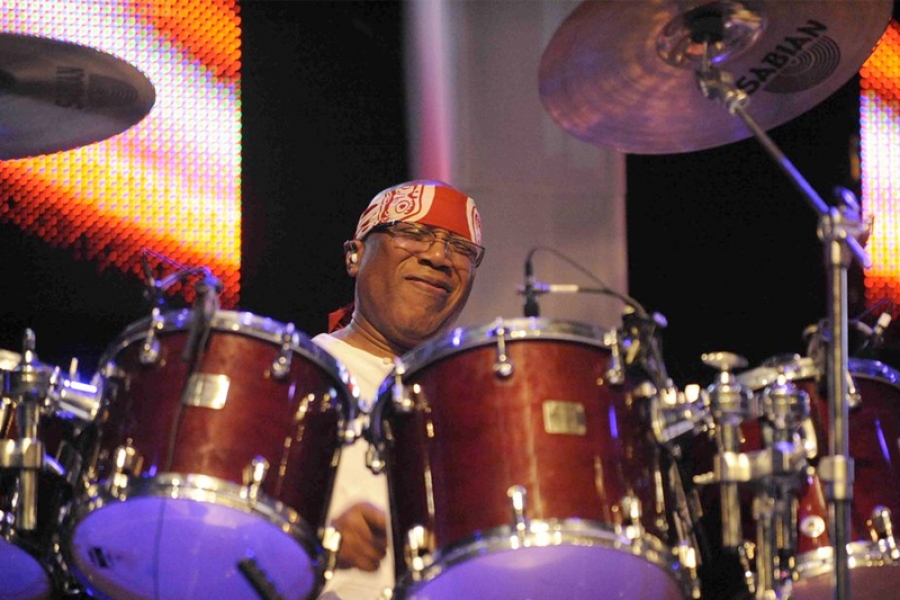 Courtesy of the Artist
All About Jazz Drummer Billy Cobham


Originally broadcast in February of 2013, our Vintage Cafe this week is an all-encompassing conversation with the drummer Billy Cobham. This amazing precise and inventive drummer has had a long and still ongoing career that finds him very hard to pin down. We first came to know him in the jazz-rock ensemble Dreams with the Brecker Brothers. He played with Miles Davis, notably on Jack Johnson and un-credited on Bitches Brew. He is best known for his ensemble work in The Mahavishnu Orchestra with British guitarist John McLaughlin. On listening back to their first few albums it is hard to hear Cobham as anything but “first among equals” driving the music forward. He is also well known for his first solo album Spectrum which contained the song “Stratus” that has had a long life. That’s mostly because of its use as a sample by Massive Attack on their song “Safe From Harm” from the 1991 album Blue Lines. We’ll touch on all that in our conversation with Billy Cobham today.

More in this category: « Carlos Santana Brings Hope, Courage And Joy To A World 'Infected With Fear' Lizzo Is In The Eye Of A Superstar Storm »
back to top