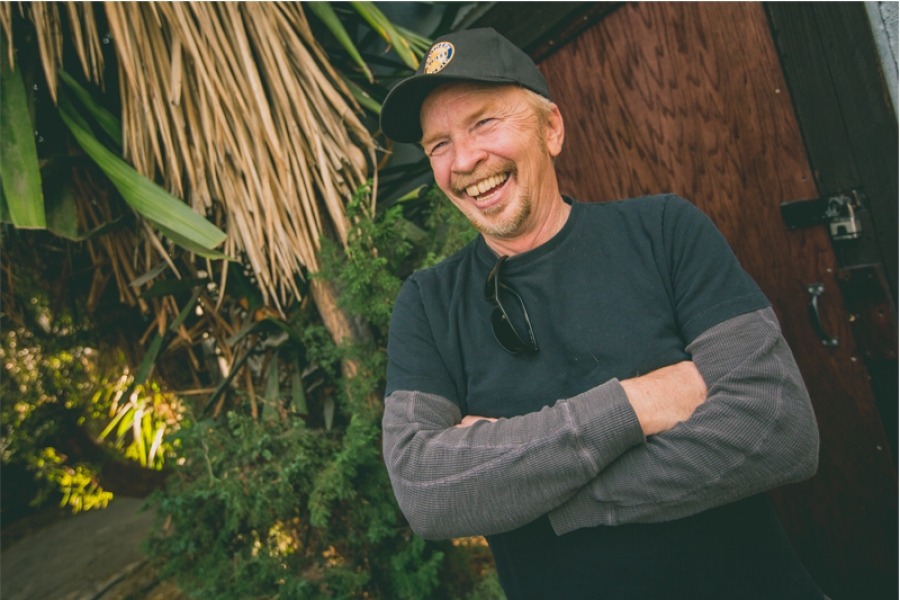 
The Blasters with Dave and Phil Alvin were an integral part of the Los Angeles punk scene in the 1980s. As well as the blues scene and even the "cow punk" scene. Their high energy R&B was hard to deny. Phil sang, Dave played guitar and wrote songs. They parted acrimoniously in 1986 and it wasn't until last year's album of Big Bill Broonzy songs, Common Ground, that they recorded together again. So for our Sense of Place LA we are very lucky indeed to be able to present a concert with Dave and Phil Alvin from The Troubadour in LA recorded at the end of January. There are songs from some classic Blasters including the first song Dave wrote that Phil allowed to be a Blasters song, and more. The performance is exceptional. We also get a chance to sit and talk with Dave Alvin about growing up in Downey with Phil and how they related to LA, the early punk days, and more.