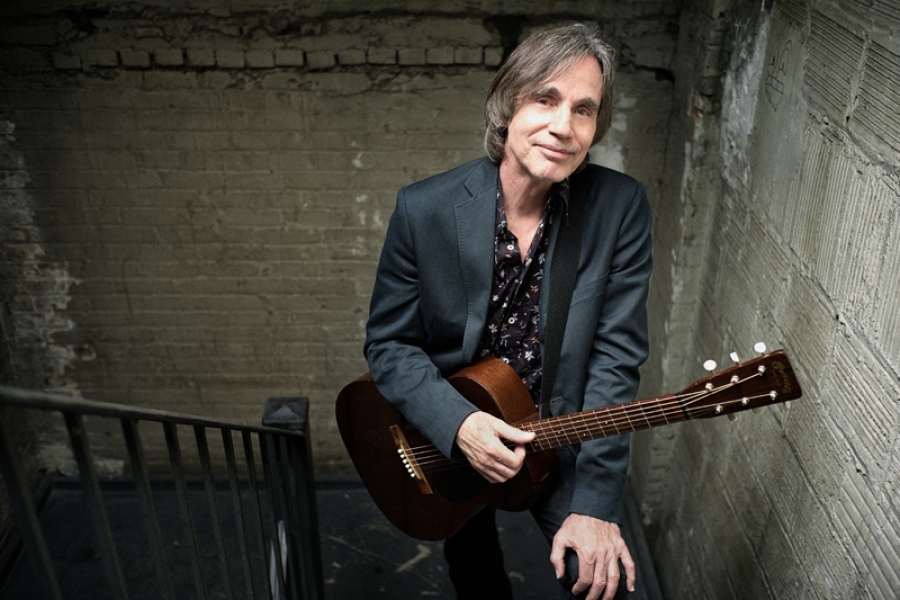 
(This session originally aired on Feb 24, 2015)
Jackson Browne is our guest for the full hour today. Singer songwriter, social activist and Los Angeleno, he was there in the heart of what became known as the “Laurel Canyon sound.” Revered right from his first album in 1972 and even before then, as some of his first songs including “These Days” had already become known. He recently released Standing In The Breach, a new album filled with the personal and political themes he has become known for. In recent years he has become connected with the new generation of Los Angeles singer-songwriters as well. Today we hear a performance recorded with his full band at the Academy of Music in Philadelphia and talk with Jackson extensively about his early days. Below you will find an interview segment only available on line where he discusses his relationship with his father who he is named after.

Session Setlist
STANDING IN THE BREACH
BIRDS OF ST. MARKS
THE LONG WAY AROUND
THE PRETENDER

More in this category: « Horns Up, Forward March: Fall In With UVA's Cavalier Marching Band Yusuf / Cat Stevens »
back to top