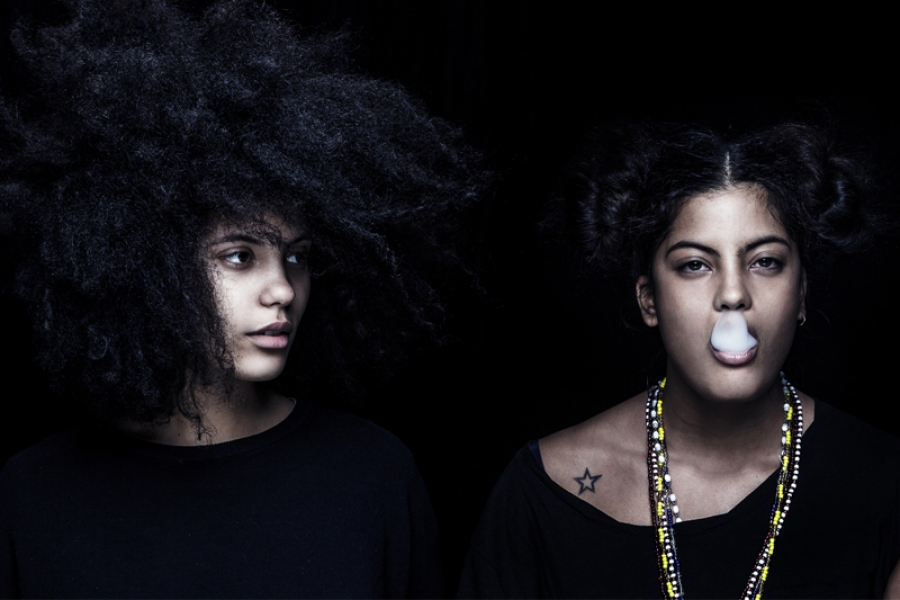 
We have been entranced by the debut album from the French Cuban duo Ibeyi that is made up of twins Lisa-Kaindé and Naomi Diaz. The two grew up in France but went home to Cuba every summer. Their father was Anga Diaz a percussionist who played with the Buena Vista Social Club. Encouraged by their mother they studied music all their life but took the idea of playing together more seriously after their father's passing. That was also when Naomi picked up the cajon, the distinctive percussive box that was one of Anga Diaz's instruments. Their name Ibeyi means “twins” in the African language Yoruba Their music is deeply influenced by the Yoruba religion which has many adherents in Cuba. They include some Yoruban chants on their self-titled debut.