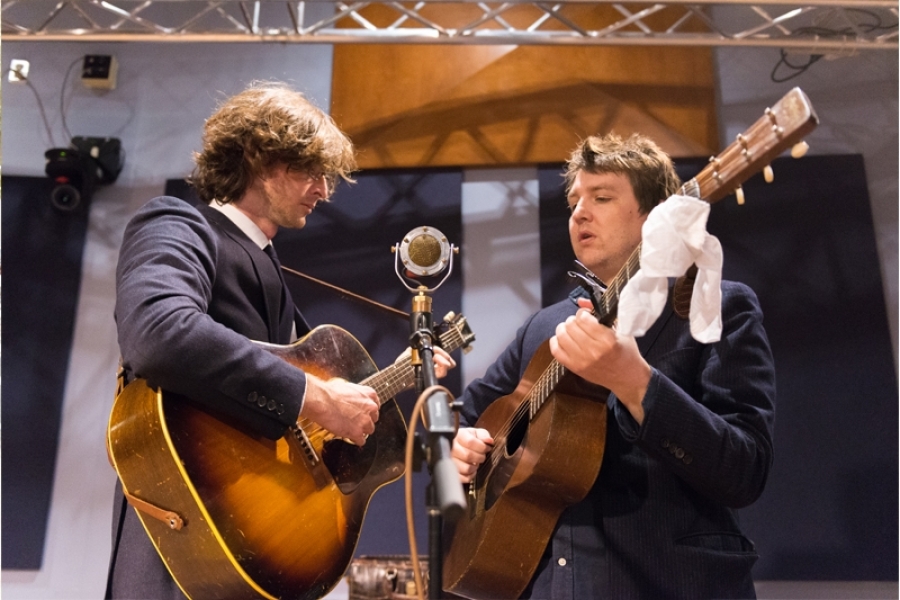 
Two unassuming guys dressed in suits singing subdued original songs in close harmony with guitars doesn’t seem a likely 21st century musical success story. That is until you see and hear Kenneth Pattengale and Joey Ryan live around their single microphone. The two Los Angelenos have extraordinary musical communication and their songs really come alive when performed. The pair became an item in 2011 and distributed their first two albums by giving them away on line. They toured constantly and people got it. A prominent appearance in the concert film Another Day Another Time didn’t hurt. They are about to release their new album Monterrey May 19th and we will hear the songs live and you can decide for yourself how real their notorious bickering really is. Watch how they do it in our video of the title track of Monterrey.

More in this category: « Sleater Kinney Mudcrutch On World Cafe »
back to top