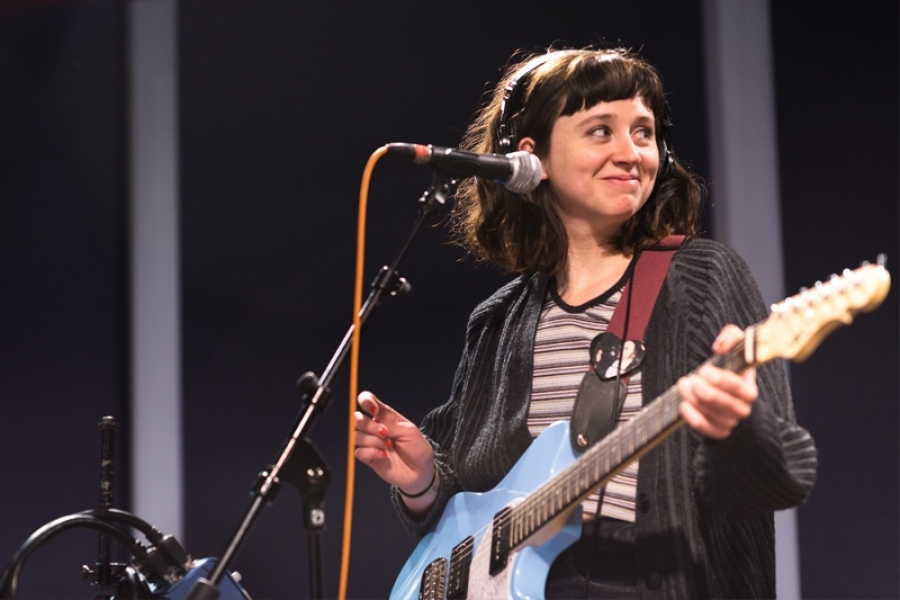 
Waxahatchee, the work of Katie Crutchfield, begins our week long Sense of Place Philadelphia Series. The first two Waxahatchee albums are filled with images of her home state of Alabama, but Katie and her sister Allison have lived in Philadelphia for a while now. They moved here for the reasons many musicians do, space and a welcoming musical community. Her last album Cerulean Salt was extremely well received. Katie says that the new album Ivy Tripp is a natural progression and that the title refers to the feeling of losing direction we all get. Full band performances today with Waxahatchee.

Session Setlist
UNDER A ROCK
LIVELY
THE DIRT
PEACE AND QUIET

More in this category: « Mudcrutch On World Cafe Hop Along »
back to top