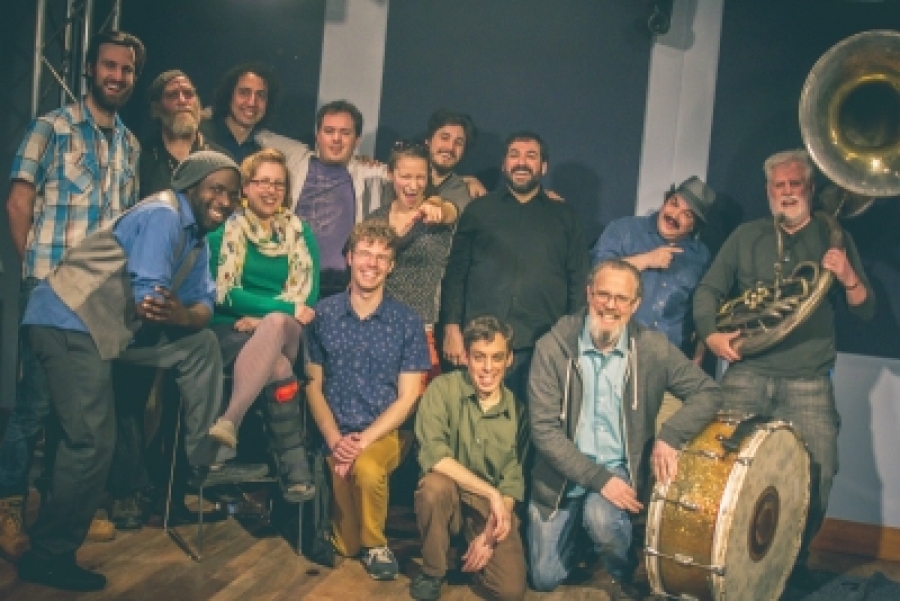 
Something quite different as our Sense of Place: Philly series continues. Philadelphia has a brass band called The West Philadelphia Orchestra. They specialize in Balkan music and as they were rehearsing a number of years ago a singer was passing by that knew the music they were playing from growing up and joined the band. Petia Zamfirova will be the first to say that this eclectic group is not just about backing her singing. We'll find out how this band grew here, hear about their selection in the All Songs Considered Tiny Desk Concert contest and more.

More in this category: « Stream Our Public Radio Music Day Playlist, Featuring Songs About The Radio Radiohead's Ed O'Brien Talks 'Earth,' His New Solo Project As EOB »
back to top