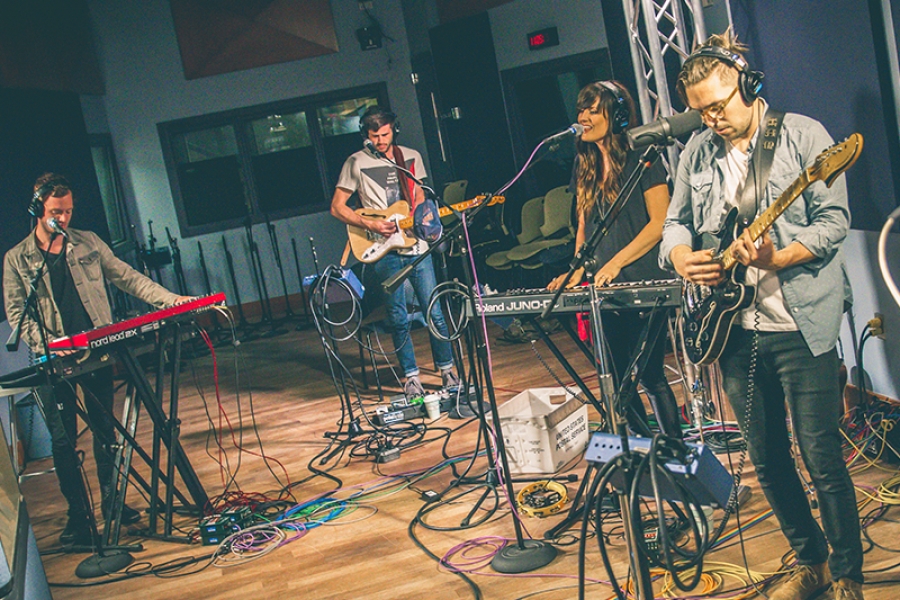 
We admit that we were immediately taken with the energy of the Nashville-based band Kopecky. Founded in 2007 by Kelsey Kopecky and Gabe Simon as the Kopecky Family Band. the group took their time not releasing their debut album Kids Raising Kids until 2012. This new one Drug For The Modern Age came faster and the group decided to introduce a slightly harder more rock approach which is working quite well, thank you. We'll hear a set and catch up in a bit.

Session Setlist
TALK TO ME
REAL LIFE
QUARTERBACK
MY LOVE

More in this category: « Watch Anthony D'Amato Walk The Empty Streets Of The Big Easy In 'Love, Again' Self-Isolating HAIM Shares Stories From Upcoming Album, 'Women In Music Pt. III' »
back to top