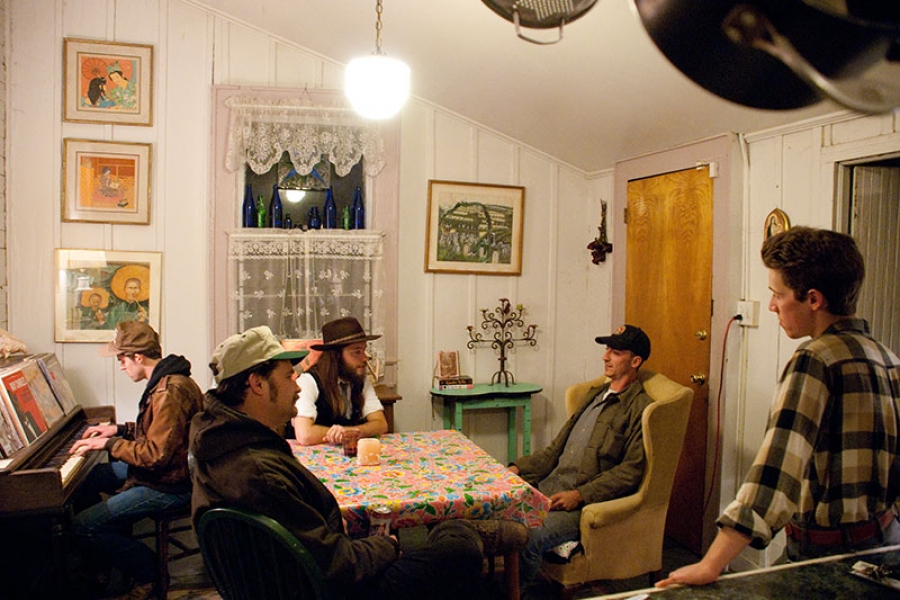 Photo by Elena Ricci
A Special Set Featuring J.J. Cale and Joe Tex Songs And Even An Original from New Orleans’ The Deslondes


Although it sure sounds it, nothing the New Orleans roots band The Deslondes does is easy. It’s not easy to seamlessly play such a variety of music from country to R&B and everything in between. It’s not easy to have five singers and writers in one band and to operate as a collective. The band grew out of singing on the street in New Orleans, riding freights, campfires at The Woody Guthrie Folk Festival in Oklahoma and other bands. A couple of members were, until recently, members of another New Orleans band Hurray For The Riff Raff. They recently released their self-titled debut album but you won’t hear anything from it today. The band has concocted a special set today of covers, new originals and their latest 7 inch vinyl single. Don’t miss this!

More in this category: « Christine And The Queens' Energy Is Electric, Even Over Video Chat Colvin & Earle On World Cafe »
back to top