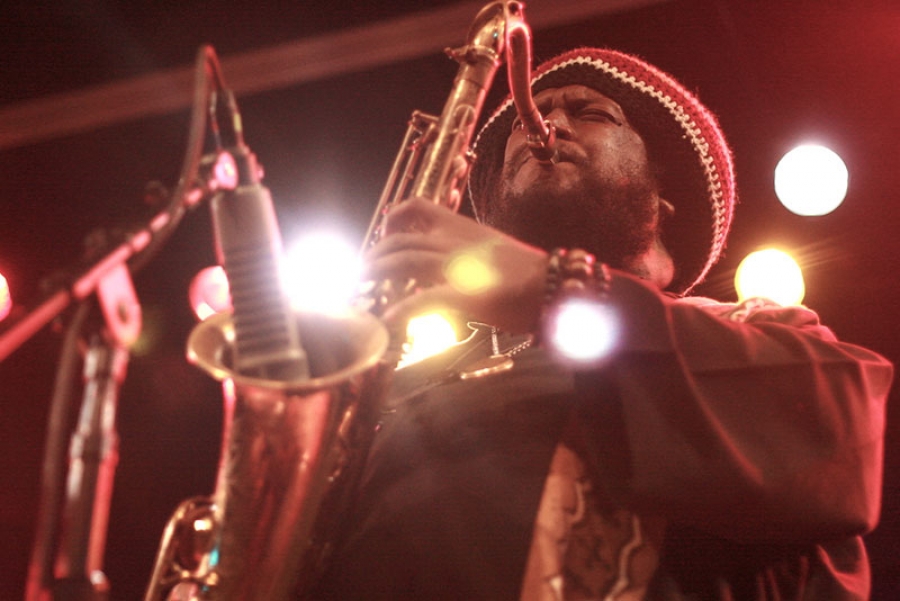 
Our guest today Kamasi Washington, a 34 year old jazz saxophonist from LA, is changing the way people think about jazz. His sprawling 3 disc debut The Epic is selling alongside more commercial soft jazz fare and his recent East coast tour drew big crowds. While still working and gigging with his cohort of musicians in LA Kamasi has also toured with many artist that range from Snoop Dog to Chaka Khan. People definitely noticed him when he played saxophone and wrote arrangements on Kendrick Lamar's 2015 album To Pimp A Butterfly. His contributions to that album have raised his profile and brought more ears to The Epic. That album was recorded with his usual band and a 32 piece orchestra and a 20 person choir. Today he is joined by an 8 piece band of his friends from LA in concert recorded this past August at World Cafe Live. Check out the extended version of “Re Run” and the 18 minute rendition of “Askim.”

More in this category: « KT Tunstall On World Cafe Weekend LISTening: 10 Songs For Your Holiday Road Trip »
back to top