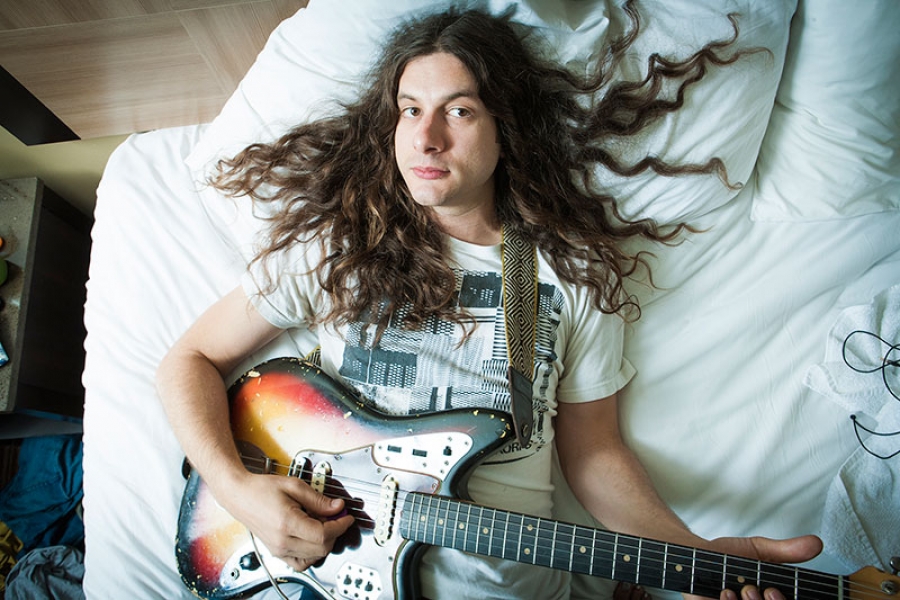 
A live set and conversation with Philadelphian Kurt Vile today. In September Kurt released his 6th solo album b'lieve i'm goin down. Kurt has been making solo albums since 2008 and early on he worked with his friend Adam Granduciel in The War On Drugs. The new album was recorded all across the country including in Philadelphia and an extended stint in California. He went to LA to record with drummer Stella Mozgawa of Warpaint and to Joshua Tree for the vibe. Described as a loner record and as more real and vulnerable, the album has more acoustic guitar and even a little banjo and piano in the mix. We'll find out today about at least one song inspired by a desert jam with the Malian group Tinariwen.

More in this category: « Watch A World Cafe Mini Concert From Rising Songwriter Kendall Morgan The Avalanches Explain Their New Album, 'We Will Always Love You' »
back to top