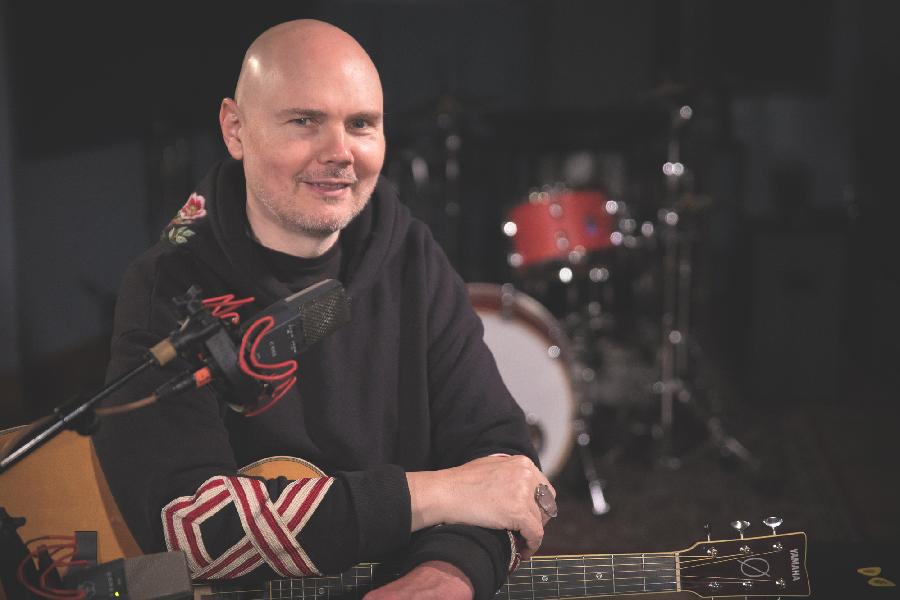 As we often learn when we invite famous people in for interviews, the Smashing Pumpkins frontman is not who you may think he is.
William Patrick Corgan would be the first to admit that many people's image of him was locked down back in 1995 as Billy Corgan: frontman of The Smashing Pumpkins. The Pumpkins had just released Mellon Collie and the Infinite Sadness, the album with the song "Bullet with Butterfly Wings" - you know, the one where despite all his rage, he's still just a rat in a cage? As Corgan tells me, that persona became something of a cage - or, at least, the trappings of fame did. The first time he ever walked a red carpet with Smashing Pumpkins, Corgan flipped the bird to the cameras who were trying to take his picture, and his relationship to the press has only gotten more complicated since.

More in this category: « Blitzen Trapper Mavis Staples »
back to top