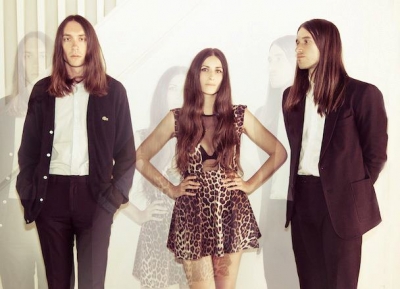 December 2, 2012 - The New York indie rock band Guards consists of members Loren Humphrey, Kaylie Church, and Richie James Follin, brother to Cults’ lead vocalist Madeline Follin.
Many of their songs were originally written for Cults’ use before Follin decided to move ahead with his own project. The group released its first EP, self-titled Guards, in July of 2010. Since then, the band has put out multiple singles, including “Do It Again,” “Sail It Slow,” “Resolution of one,” “Silver Lining,” and “Coming True,” its newest single.

Guards is currently touring the East Coast in Massachusetts, Washington, D.C., Pennsylvania, Connecticut, and New York. The band will release their debut LP, In Guards We Trust, this coming February.

More in this category: « Elephant Stone Leagues »
back to top