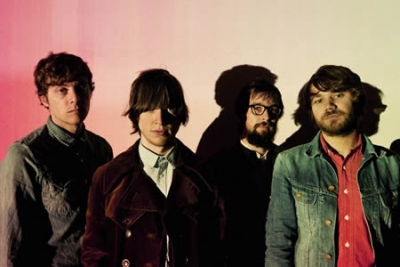 February 25, 2013 - Gardner plays every instrument on the record except drums, and his studio acumen, command of instrumentation and sense of arrangement recall and update the kind of ornate songs orchestrated by groups like The Left Banke and The Zombies and producers like Brian Wilson and Van Dyke Parks. Hear two tracks from Cabinet of Curiosities in this installment of World Café: Next.

More in this category: « Pickwick Jesse Dee »
back to top