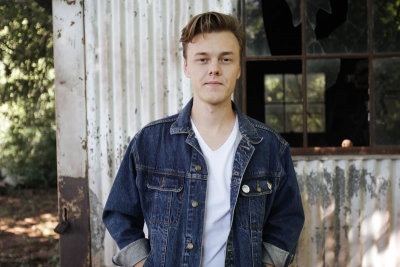 March 31, 2014 - Our new World Cafe: Next artist is a singer songwriter from Oklahoma named Parker Mullsap. He recently released his solo debut and he follows in the footsteps of fellow Oklahoman John Fullbright. In fact the same producer worked on both of their debut albums.
Some strong writing about, a powerful voice, and a very engaging live show. Please remember this guy is only 20 years old. We will share a couple of songs that you can download with our World Cafe: Next podcast. Session Setlist
Land of the Red Man
Truck Stop Gospel

Published in World Cafe Next
Tagged under
More in this category: « Lyla Foy Horse Thief »
back to top