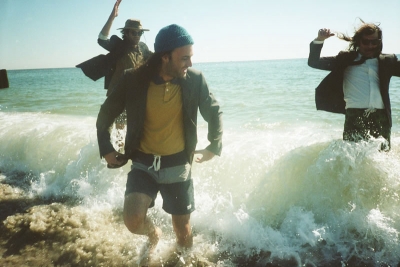 World Cafe: Next Band SACCO Keeps The San Diego Vibe After Moving To The East Coast

April 14, 2014 - Our World Cafe: Next band for this week is a three piece originally from San Diego started by friends Andy Breihan and John Fredericks. Relocating to Brooklyn, the pair and drummer Chris Tromley recorded their debut within sight of the ocean on Long Island just to keep the San Diego vibe. The name SACCO? that's a shortening of the original Sacco and Vanzetti named after the infamous anarchists. We will play you a couple of songs that will be available for download as our World Cafe: Next podcast.

Published in World Cafe Next
Tagged under
More in this category: « Horse Thief Polock »
back to top