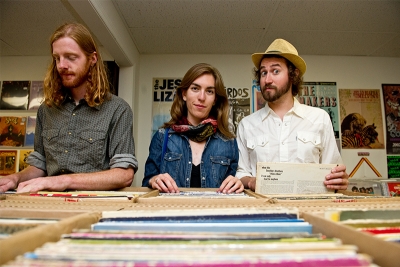 
As we do every week we have a new World Cafe: Next artist to introduce to you. Today it is The Stray Birds: multi-instrumentalists and vocalists Maya de Vitry, Oliver Craven, and Charlie Muench. They are an interweaving instrumental and vocal trio who came together in 2012 in Lancaster, PA. Well actually, as often happens, the members had known and played with each other for a while before that in that city’s tight-knit musical community. After releasing their first album, which was very well-received in folk circles, the band starting gigging extensively. One can only surmise that the travel has influenced the cohesiveness and inspired songwriting on the new album Bad Medicine. It will be released tomorrow on Yep Roc Records.

More in this category: « Lily And Madeleine Alex G »
back to top