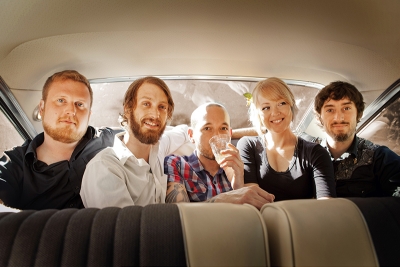 Murder By Death Are Ready For World Cafe: Next With Big Dark Love


Murder By Death Are Ready For World Cafe: Next With Big Dark Love This week for World Cafe: Next it is a band that has been around for a decade and a half. In fact Big Dark Love is Murder By Death's seventh album. But they certainly deserve a wider following. After years in Bloomington, Indiana they recently relocated to Louisville, Kentucky where they recorded their new album. This band handles a lot of different music from intense indie rock ballads to rootsy things equally well and there is some very good writing on this new album.

Published in World Cafe Next
Tagged under
More in this category: « Kingsley Flood River Whyless »
back to top