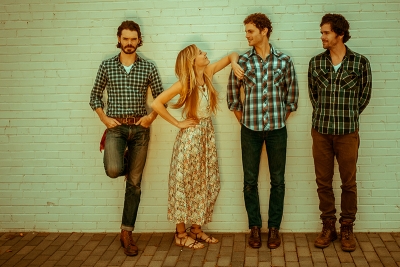 
Our World Cafe: Next is a four piece folk-rock band with three singers and writers named after the River Whyless near the band’s hometown of Asheville, North Carolina. Like the river, they combine the creative currents of their writing into a cohesive sound – not a simple thing to do. River Whyless released their first album in 2011 and decided to travel out of their usual haunts to Louisville, Kentucky to record their new EP. We will let you hear a couple of songs. Don’t forget our World Cafe: Next podcast available for download.

More in this category: « Murder By Death Caitlin Canty »
back to top