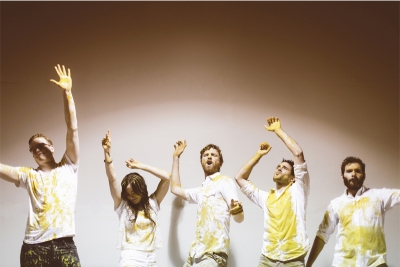 
We are highlighting the music of the Nashville based band Humming House.. They recently released their third album called Revelries that continues to feature the songwriting of Justin Wade Tam with the addition of vocalist Leslie Rodriguez. The band has always had influences from the Celtic and bluegrass worlds and this time they are artfully used to support some very good songs

More in this category: « BKO Quintet Hop Along »
back to top