Ben Caplan on World Cafe Next 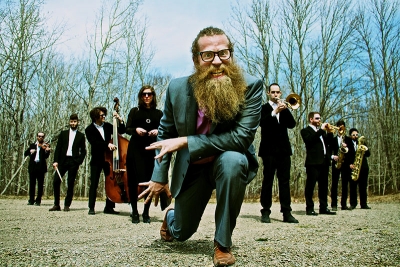 Photo provided by the artist.
World Cafe: Next – Ben Caplan Is So Much More Than “Canada’s Tom Waits”


Canadian singer and band leader Ben Caplan released his first album in 2011 and he and his multi- talented band have been on the road ever since. That is probably why his new album Birds With Broken Wings took so long to be recorded and released. We are making Ben our World Cafe: Next artist this week and are going to give you the opportunity to hear and download a couple of the new songs. Ben’s music has been described as a cross between Tom Waits and Gogol Bordello so this is free-wheeling stuff. As different as the two songs we are playing are from each other, they are just a sample of the stylistic diversity on Birds With Broken Wings.

Session Setlist
Birds With Broken Wings
I Got Me A Woman

More in this category: « Brooke Annibale McClain Sullivan »
back to top