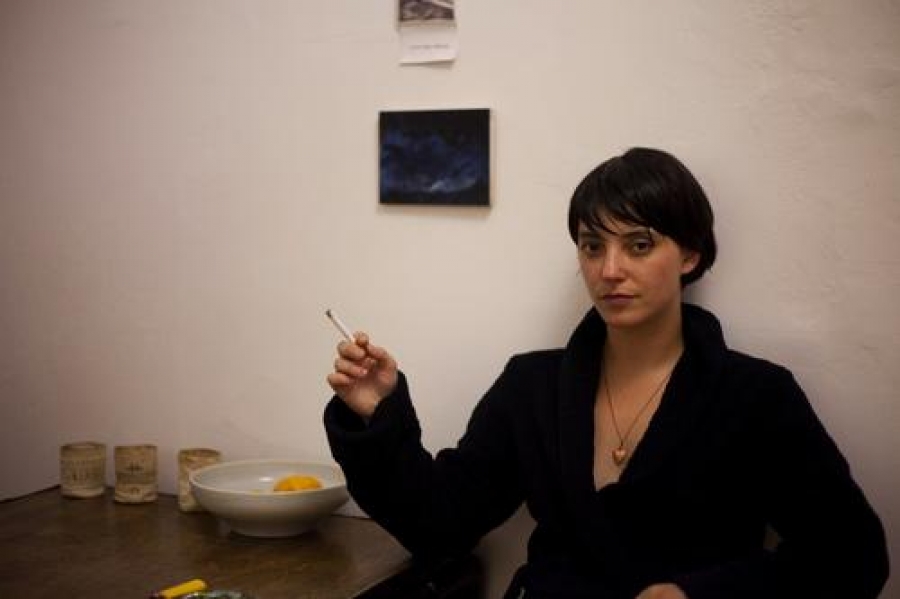 Three years ago a singer-songwriter from Brooklyn named Sharon Van Etten recorded the first Shaking Through session. The session would be the first step toward writing her second album.

Sharon Van Etten is, quite literally, a musician's musician. There's no other way to explain her unbelievable and inevitable rise to international acclaim. A New Jersey native, Van Etten's college years in Tennessee introduced her to a rich, thriving music scene and inspired her career as a singer-songwriter. In 2008, Van Etten recorded a demo and bravely slipped it to TV on the Radio's Kyp Malone after one of his live shows. Malone surprised even himself and gave the demo a listen, instantly becoming one of Van Etten's first and most vocal fans. In the spring of 2009, Van Etten released her first album, Because I Was In Love," a raw and immediate acoustic full-length.

Because I Was In Love attracted the attention of Justin Vernon who showed the track "Love More" to the National's Aaron Dessner. If this attention weren't impressive enough, both The National and David Bowie covered "Love More." Dessner quickly decided that he needed to work with Van Etten beyond covering her track, but he wasn't the only artist calling with collaborations in mind. The Antlers featured Van Etten on their 2009 album "Hospice."

With the critical acclaim of critically acclaimed artists, 2010 quickly became a busy year for Van Etten. In January, she recorded the first ever Shaking Through Session for Weathervane Music and WXPN. The session would be the first step toward writing her second album. A few months later, "Epic" was recorded with Brian McTear here in Philadelphia at Miner Street Studios. Van Etten's following was growing quickly and after the September release of "Epic," she was signed to Jagjaguwar records. Meanwhile, she worked with the National on their track "Think You Can Wait," for Tomas McCarthy's 2011 film Win Win.

Sharon Van Etten spent much of 2011 recording her third album, Tramp. Tramp is a natural evolution from her minimalist, acoustic beginnings. This album is heavier than her previous albums, more stylistically diverse, but never overly ornamental. Even with stellar guest appearances from Aaron and Bryce Dessner of the National, The Walkmen's Matt Barrick, Wye Oak's Jenn Wasner and Zach Condon of Beirut, "Tramp is an elegantly simple affair.

Sharon Van Etten is not only this month's artist to watch, but she's also an artist to see. She's coming to Philly this month to begin a national tour. If you didn't get tickets to her sold out show at Johnny Brenda's on the 10th, you're still in luck. Van Etten is performing as the Free At Noon guest here at World Cafe the same day. This is a performance that you won't want to miss.

Sharon Van Etten's new album comes out February 7 and she will be performing from Tramp on XPN Free At Noon on February 10. It's a performance you won't want to miss!

More in this category: « Good Old War - Artist To Watch March 2012 Of Monsters and Men - Artist To Watch January 2012 »
back to top
Site Map | Help & FAQs | Privacy | Contact | Playlist | Public Inspection File | Public File Help
Copyright 2021 WXPN-FM / The Trustees of The University of Pennsylvania, All Rights Reserved
XPN.org is made possible with the generous support of XPN Members and our Business Sponsors.