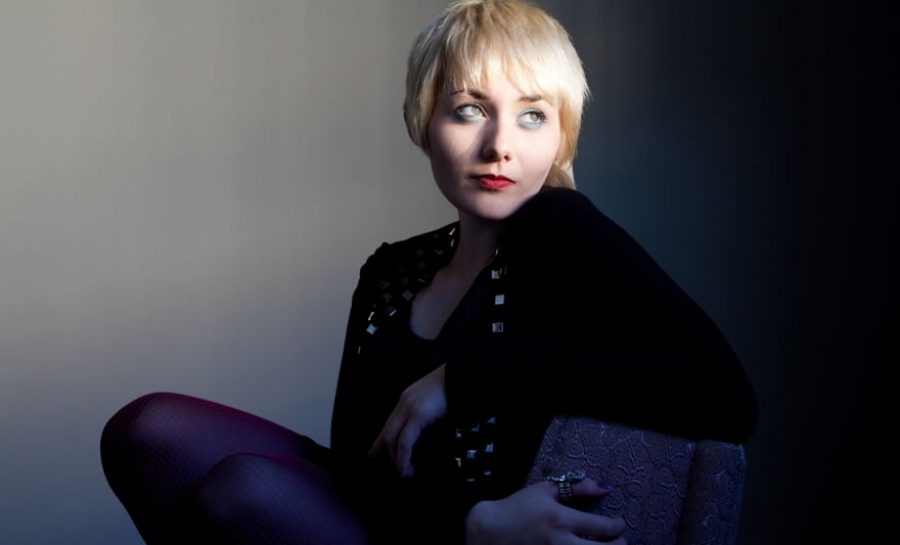 Hailing from Kent, Ohio, Mayfield has already built an impressive fan base and press resume--she has been lauded in numerous reviews and was named 'Vocalist of the Year' by the Cleveland Times. Mayfield began her blossoming music career at the tender young age of eight - performing with her family's bluegrass band, One Way Rider. By the time she was eighteen, Mayfield was singing backup vocals and collaborating with The Black Keys.

On her newest release, "Tell Me," Mayfield continues to produce incredibly subtle and restrained music, full of atmospheric remorse and honest songwriting. Sounding like a modernized Fleetwood Mac, Mayfield is refreshingly honest and introspective – traits not always common in today’s music world. Supporting her misty-eyed wordplay is also some really beautiful instrumentation. Guitars strum soothingly, pedal steel rings throughout, and soft electronics even rear up once in a while. The centerpiece to "Tell Me" is still Mayfield’s gorgeous voice--this young woman’s remarkable vocal ability is penetrating and mesmerizing at the same time, and her songwriting is just as impressive.

Mayfield currently has a slew of shows lined up through the summer. She'll be bringing her plaintive, powerful performances to audiences throughout North America, with stops in Salt Lake City, Dallas, Memphis, and Schwenksville, PA for the annual Philadelphia Folk Festival.

Hear Jessica perform live, including four songs from her new album, "Tell Me," expertly produced by Dan Auerbach of the Black Keys.

More in this category: « Aaron Lee Tasjan On World Cafe The Doobie Brothers »
back to top
Site Map | Help & FAQs | Privacy | Contact | Playlist | Public Inspection File | Public File Help
Copyright 2021 WXPN-FM / The Trustees of The University of Pennsylvania, All Rights Reserved
XPN.org is made possible with the generous support of XPN Members and our Business Sponsors.