Listen
You are here: World Cafe //   Iron and Wine and Ben Bridwell

Iron and Wine and Ben Bridwell 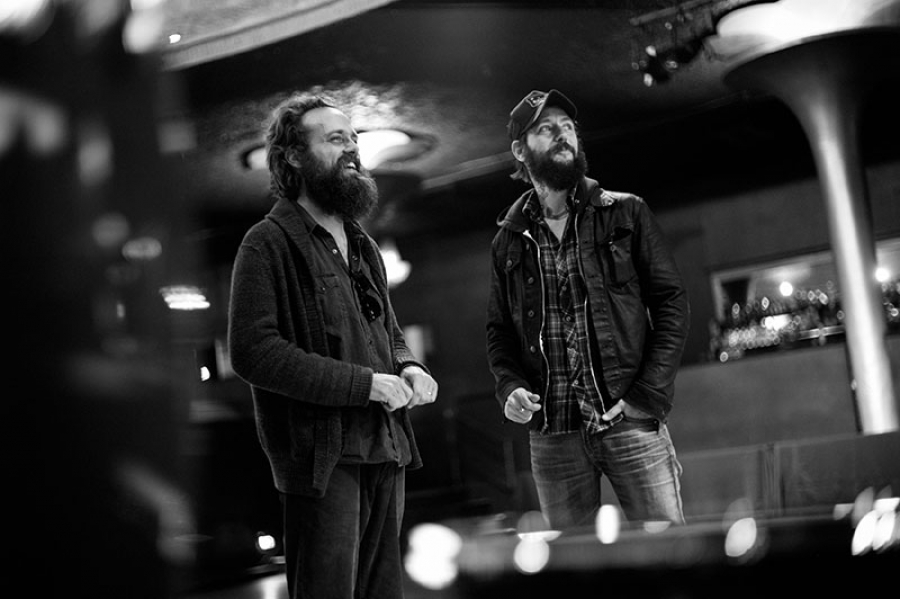 Sam Beam And Ben Bridwell Cover Each Other’s Songs In A World Cafe Exclusive
Sam Beam of Iron & Wine and Ben Bridwell of Band of Horses are here today to play each other’s songs. Iron & Wine have released 7 albums including the latest 2013’s Ghost On Ghost and Sam Beam is no stranger to collaboration. His best known is 2005’s In The Reins with Calexico. Band of Horses are well established as well - the song “The Funeral” from their 2005 debut is an indie rock staple. The two have growing up in South Carolina in common. The new album of covers is called Sing Into My Mouth from a line in the Talking Heads song “This Must Be The Place” that they do a version of. Out on tour and in our session today the two also play their favorite songs from each other. Unlike what you might hear in their live show, these World Cafe versions of “Joy” and “No One’s Gonna Love You” are sparse acoustic renditions from the duo.

More in this category: « Though It May Seem Like It, Michael McDonald Can't Predict The Future S.G. Goodman, Becca Mancari On Expressing Queer Pain, Being Left In The South »
back to top
Site Map | Help & FAQs | Privacy | Contact | Playlist | Public Inspection File | Public File Help
Copyright 2021 WXPN-FM / The Trustees of The University of Pennsylvania, All Rights Reserved
XPN.org is made possible with the generous support of XPN Members and our Business Sponsors.