XPN Middays
Weekdays from 10am-2pm
XPN Local Pick of the Day
Monday - Friday at 1pm
A daily spotlight on one up and coming local artist.
XPN Local Music Hour
Tuesdays at 8-9:30pm
A full hour and a half of local music. Tune in to hear a variety of important music from Philadelphia and the surrounding region.
Listen to Archived Episodes
Contact XPN Local
You can reach XPN Local via email, but please do not submit your music through email.
How do I submit my music?
More about XPN Local
More about Musicians on Call 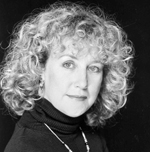 Helen Leicht has been a part of the Philadelphia radio community since 1976 when she worked as the midday host and music director at WIOQ, the then Album Oriented Radio (AOR) station in Philadelphia. Helen introduced the Philadelphia listening audience to the music of Tom Petty, The Cars, The Pretenders, Gery Rafferty, Talking Heads, and Elvis Costello. Helen became known for her "Leicht Lunch" program through which she encouraged listener participation and her Sunday "Breakfast with the Beatles." 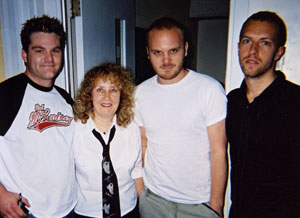 Helen went on to make her mark at WMMR and WMGK before joining WXPN in 1990 where she is now midday host, XPN Local host, and assistant program director.

Helen has continued the tradition of the "Leicht Lunch" on WXPN where her guests have included John Mayer, Five for Fighting, Patty Griffin, the John Butler Trio, Rhett Miller, Amos Lee, Joseph Arthur, and O.A.R.

Helen is passionate about local musicians and helping them find their audience. She features a XPN Local pick of the day weekdays in the 1pm hour segment each day on WXPN. Since 2005 she has hosted the XPN Local Show every Tuesday night at 8pm. Local artists she has showcased have included Amos Lee, Jim Boggia, Ben Arnold, John Flynn, Hoots & Hellmouth, Mutlu, Lauren Hart, Melody Gardot, Matt Duke, Hail Social, Sharon Little, Dave Quicks & Kufie of the Burndown All Stars and many others.

With the WXPN Musicians On Call program, Helen is able to combine two key interests: community outreach and local talent. Helen finds artists to perform bedside at local area hospitals, cheering up patients through the healing power of music.

Helen credits her love of The Beatles and her late uncle Joseph T. Conway, former VP/General Manager for WIBG in Philadelphia, for sparking her interest in broadcasting that began with a little blue transistor radio. Now after three decades in Philadelphia radio, Helen's ignited a music passion in tens of thousands of listeners throughout the region.

Too many to say for sure but one of the first LPs I bought was Meet the Beatles... Ran all the way to Broad and Snyder. I also got my $5.00 ticket from same place - yes, ticket - one - to see The Beatles at JFK Stadium August 16, 1966. 21,000 attended the concert. So, yes, I did get to see The Beatles. I think I even heard them. Still have the dress I bought for the event!

How about some of the early concerts I attended at the (now gone) Convention Hall in Philadelphia PA? And I met these artists - even though I was very young and they probably didn't really want to meet me, but my Uncle Joe was the GM of WIBG radio. He took us backstage to say hi. Now you know why I decided radio was the place for me. I met Sonny & Cher, David McCallum ("Man from U.N.C.L.E"), The Rolling Stones, The Kinks, Dave Clark Five, Chad & Jeremy, The McCoys, The Monkees (first show presented by WFIL), and many many more!

The Beatles, U2 and Genesis

WIBG, then the only station in town and, as I said, my Uncle Joe Conway was the General Manager. What other station would I listen to?

Musician I was most excited to meet 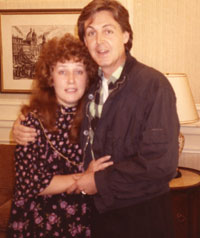 There is a theme here... Paul McCartney. This photo (left) shows the first time I met Paul. I met him at The Plaza in New York. My husband actually took this photo, and Paul held me up so I didn't fall over. We went to NY for the screening of Give My Regards to Broad Street.

was at the Bijou Cafe March 4, 1981, on the Boy Tour. I will say that looking down from the upstairs (mezz) I said, "this must have been what it was like watching The Beatles at the Cavern Club." U2 were amazing and very young.

Thanks to the internet, I have more details.

Main Set: The Ocean / 11 O'Clock Tick Tock / Touch / An Cat Dubh / Into The Heart / Another Time Another Place / Electric Co. / Things To Make And Do / Stories For Boys / Twilight / I Will Follow

Too many to mention. See Vol #1 and Vol #2 for suggestions of my favorites 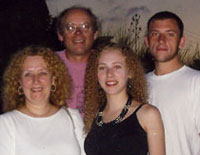 Helen with her family

I love prog rock music. Genesis is my favorite band. They were an amazing live performance band. Recently I saw Phil Collins and Chester Thompson perform together. I took my two young adults Daniel (23) and Rachael (19). Now they know why I love the drums. Our son Daniel was born while the music of Trick of the Tail played in the hospital delivery room.

Four things you don't know about me

1. I've always wanted to learn how to play the drums (mom said no thank you). So, I'm thrilled that our son is a drummer; our daughter sings. I love going to see high school marching bands perform. 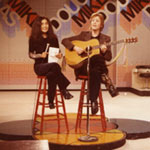 2. I worked in the Production Department at KYW-TV when it was on Walnut Street. The week of February 1972 I spent a week in the audience watching John Lennon & Yoko Ono co-host "The Mike Douglas Show". Yes, I met John & Yoko - held his guitar too!

3. My first job in radio? Every Sunday morning I would read the Sunday paper on the RICB (Radio Information Center for the Blind).

4. When I was an on air host at WIOQ I contacted the Marines to help elevate the Toys for Tots Program in Philadelphia and got WIOQ totally involved with supporting this organization with concerts. I invited the Marines to join us in the annual Thanksgiving Day Parade - making it a WIOQ/US Marines Toys for Tots Float. The rest is history.